I do pet or human portraiture. I also draw or paint cars, buildings, such as churches, residential homes, and even commercial establishments. Take a look at my "Miscellaneous" page for other gift ideas.

Pricing varies depending on subject, detail, media, background details and other elements. I am happy to give you a quote based upon your specific needs, no obligation. 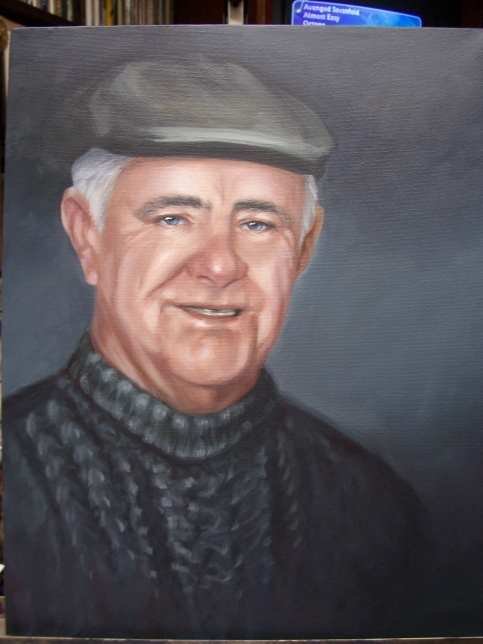 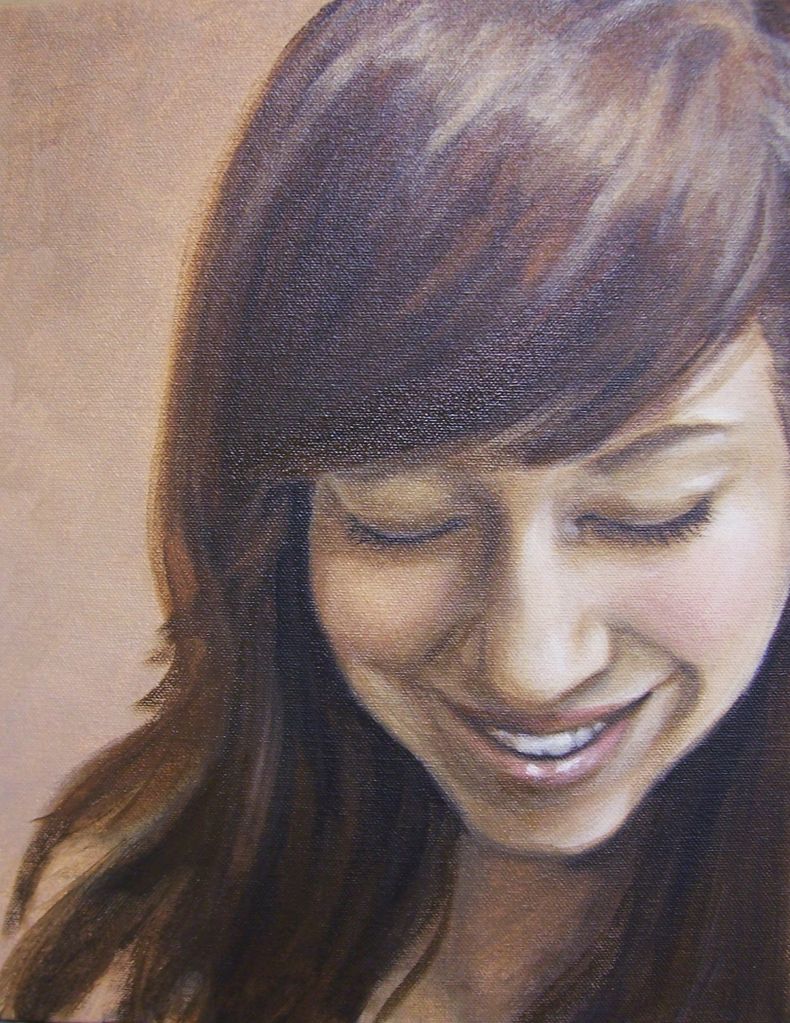 This image is edited into a sepia tone, as it didn't scan well, it's actually done in regular graphite.  The reference photos for this left a lot to be desired, and I had to combine several blurry and dark snapshots... It was a surprise, so we had to work with what could be "snuck" away from the recipients!  Based on what I had to work with, I'm very pleased with how this turned out.  It could, of course, have been better.. really the portrait is only as good as the references. 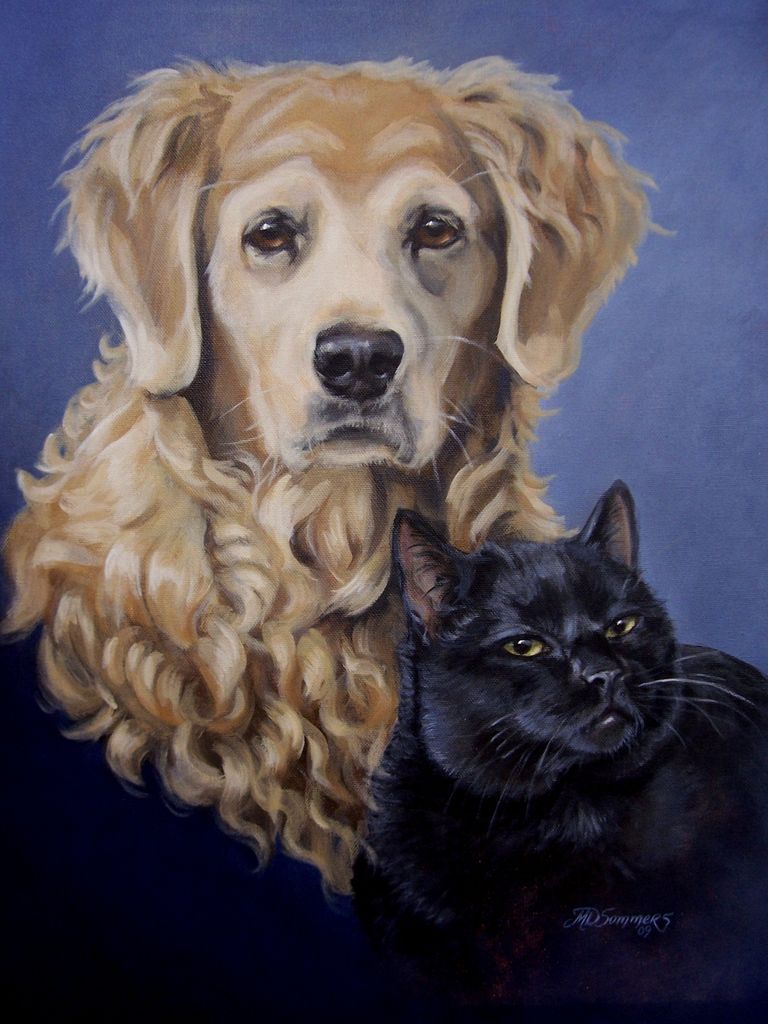 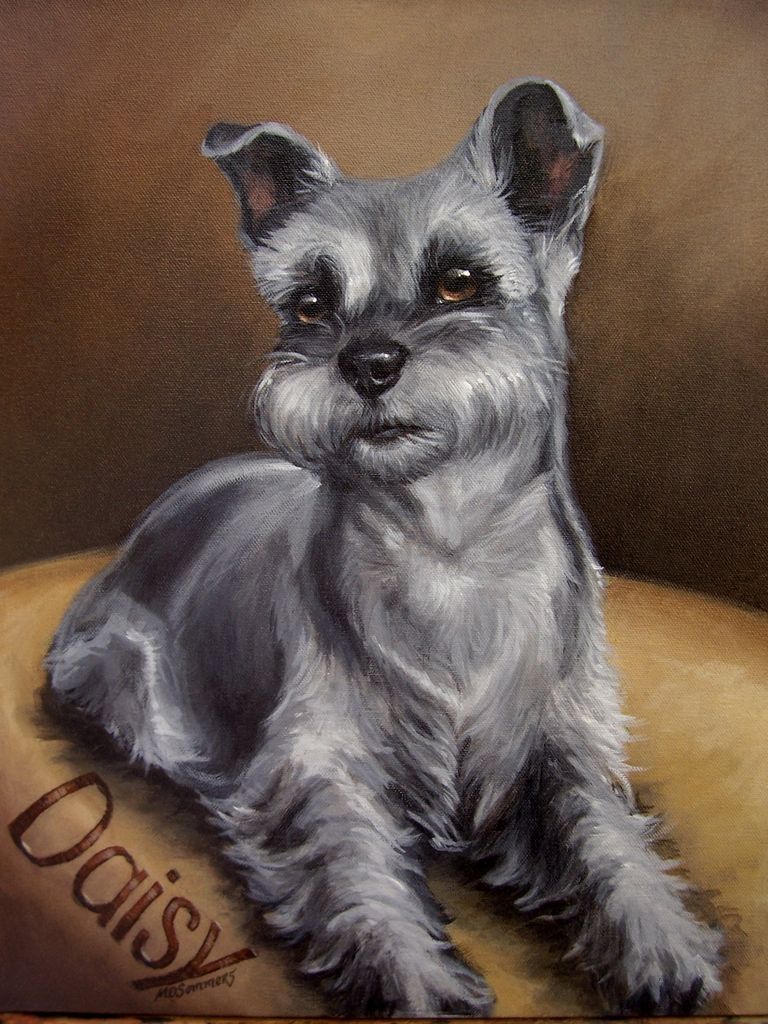 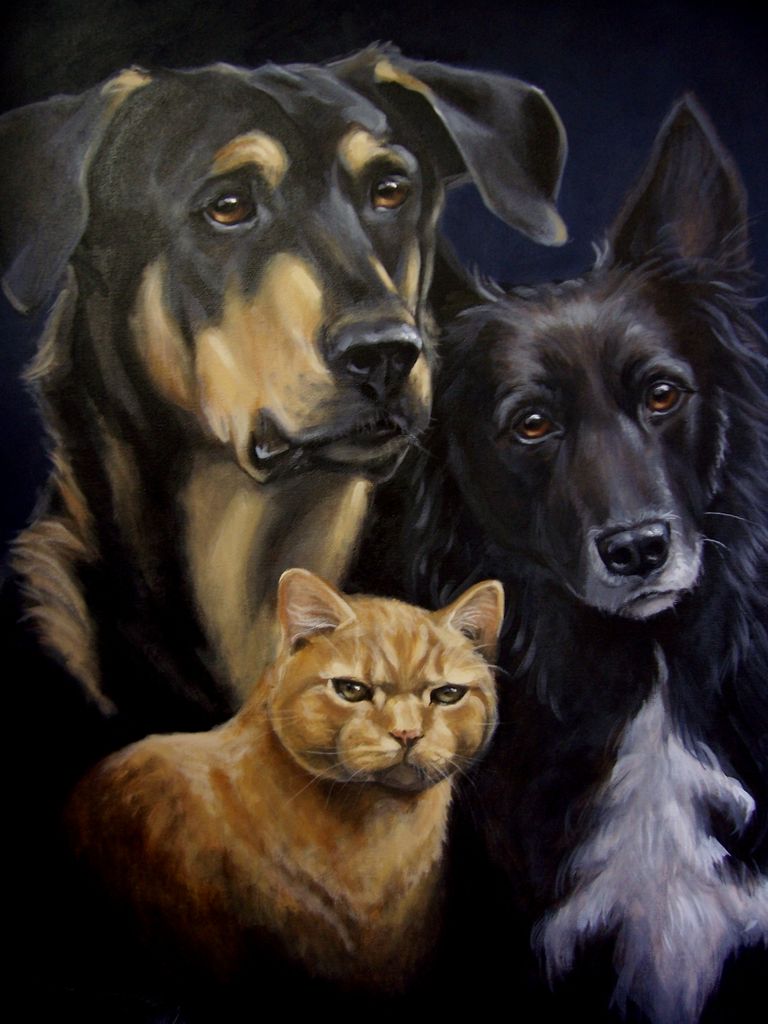 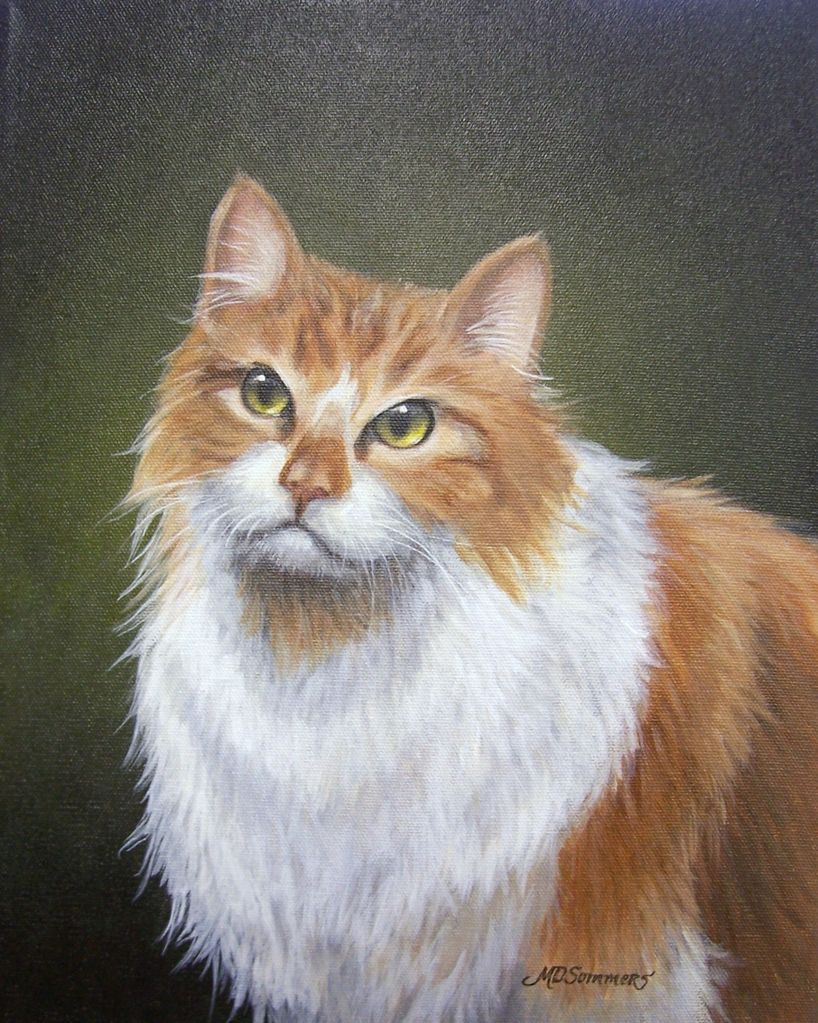 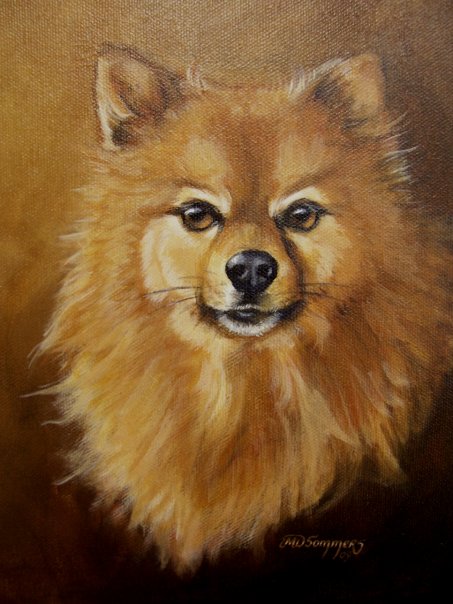 In Loving Memory of Clementine...  This is a close up... it's an oval canvas. Abbie and Hannah, finally finished!  A THANK YOU to their mom, who was so very patient waiting for me to get her girls "just right."  Some portraits take longer than others, but I hope it was worth the wait! Holly and Harrison, the Shetland Sheepdogs.  They live in Florida, and I did the portrait and shipped them.  14x18, acrylic. This is a handsome dog named Tas.  He's a Rottweiller/ Golden Retriever mix, and such a gentleman!  It was a pleasure to meet him and his human. * Unfortunately, since this posting Tas has passed on...

IN LOVING MEMORY OF TAS Jen and Chuck on the Overlook...

This one is a combination pet/ human/ landscape that I completed (Dec 2006) for a friend and her dog, Chuck. Though not a commissioned piece, this is my first oil painting completed shortly after a recent workshop I attended, taught by the talented John Leone, Equine Artist.  He helped me get this piece working.  What an amazing Artist he is!  With his guidance, this became a very nice piece. This is a portrait of a statue bust I completed during a workshop with Ryan Bongers, 2008.  Charcoal, 24 x 30 paper. This is my little sister, Amanda, done in charcoal pencils of varying colors, on smooth paper, 8 X 10, and one of my nephews, graphite on bristol, 11 X 14. I can even paint your home or business, or that of a friend, which makes for an unusual gift.  This painting was donated to Blandy, which is our State Arboretum... open to the public, and since I discovered and fell in love with the beauty of the place, I wanted to "give something back"...  Blandy Farm, Boyce, VA.  20x24, acrylic on stretched canvas, completed 9/8/06. All Content provided by Michele Sommers, copyright protected.
Please ask artist for permission to use images.  You may contact her at michele@sommersend.com
Thank you for your interest!